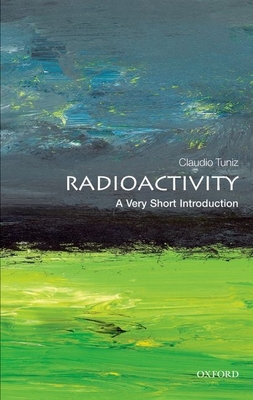 By Claudio Tuniz
List Price: $11.95
Our Price: $10.76
(Save: $1.20 10%)
Often on our shelves, but if we're out, we can usually restock quickly
You cannot hide from radioactivity. Even the book you are holding is slightly radioactive, but there are more serious risks. Radioactivity - the breakdown of unstable atomic nuclei, releasing radiation - is a fundamental process in nature. It is a process that has been harnessed to provide wide and important applications in science, medicine, industry, and energy production. But it remains much misunderstood - and feared, perhaps because nuclear radiation cannot be detected by human senses, and can undoubtedly do great harm if appropriate precautions are not taken. In recent times there have been increasing concerns about nuclear terrorism. The traces of radioactive atoms in rock have allowed us to understand the nature and history of the Earth, in particular to date events in that history. Radioactive dating has been used for a variety of purposes, from determining the age of the first hominids to the dating of the Turin Shroud. The discovery of radioactivity has improved our survival kit, but also gave us the chance to reach a new level of awareness on the history of our species and its environmental impacts. In this Very Short Introduction, Claudio Tuniz explains the nature of radioactivity and discuss its role in nature. Describing radioactivity in the stars and in the Earth, he also looks at its wide range of applications in biomedicine and in science, as well as the mechanisms of nuclear fission and fusion, and the harnessing of nuclear power.