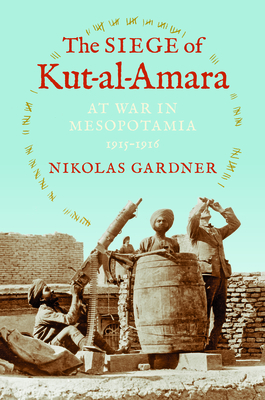 Kut-al-Amara was the site of one of the longest sieges ever endured by British forces. On December 3, 1915, the 6th Indian Division under Charles Townshend sought refuge from pursuing Turkish forces inside the walled town. With no heavy artillery to destroy fortifications, the Turks circled the town, subjecting it to intermittent shelling, small arms fire, and infantry attacks. British relief units made repeated attempts to break through the Turkish lines. Meanwhile, within Kut-al-Amara a different sort of war was going on. Townshend's division was made up of Muslim sepoys, who had misgivings about fighting the Turks. Not only were the Turks fellow Muslims but they served the Ottoman Sultan, recognized by many as the Caliph, the spiritual and temporal head of Islam. The Turks played upon this potentially divided loyalty with a propaganda campaign intended to encourage desertion. Then, when a shortage of food forced the garrison to supplement its rations with horsemeat, Muslim and Hindu soldiers were faced with violating dietary restrictions in order to survive. For British officers, prolonging the defense of Kut was complicated by the need to combat disaffection and starvation among the Indian rank and file. A significant event in the British campaign in Mesopotamia, the Siege of Kut-al-Amara offers important insights into Britain's imperial army and its role in the Middle East during World War I.

Nikolas Gardner is Associate Professor and Co-Chair of the War Studies program at the Royal Military College of Canada in Kingston, Ontario.