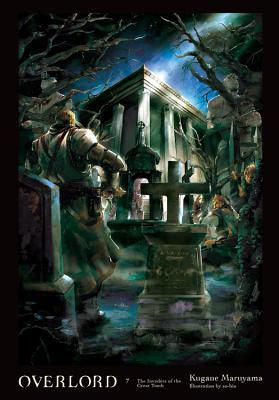 This is book number 7 in the Overlord series.

A group of "workers" whose better judgement has been clouded by hopes and expectations have descended into the unknown depths of a mysterious tomb.
These trespassers include the small but elite team Foresight, the storied warriors of Heavy Masher, the crew lead by a legendary elder worker, Green Leaf, and the invincible swordsmen of Angel.
They are some of the best that can be hired, but as more and more vengeful residents of Nazarrick appear, will any make it out alive?

Kugane Maruyama is the author behind the Overlord novel series.

so-bin is the artist behind the Overlord novel series.