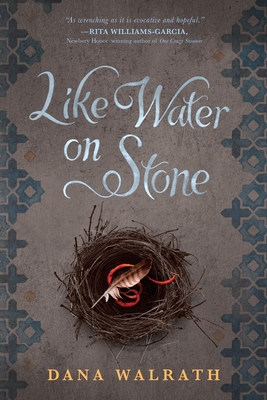 As political tension mounts, 13-year-old Shahen wants to move to America but his twin sister Sosi is in love and doesn't want to leave. when all the able-bodied men are rounded up, Papa and Mama send Sosi, Shahen and their little sister to run away in the mountains. Gripping, sad and beautiful.

— From Young Adult Fiction
"Evocative and hopeful," says Newbery Honor-Winner Rita Williams-Garcia of this intense survival story set during the Armenian genocide of 1915.

It is 1914, and the Ottoman Empire is crumbling into violence.
Beyond Anatolia, in the Armenian Highlands, Shahen Donabedian dreams of going to New York. Sosi, his twin sister, never wants to leave her home, especially now that she is in love. At first, only Papa, who counts Turks and Kurds among his closest friends, stands in Shahen's way. But when the Ottoman pashas set in motion their plans to eliminate all Armenians, neither twin has a choice.
After a horrifying attack leaves them orphaned, they flee into the mountains, carrying their little sister, Mariam. But the children are not alone. An eagle watches over them as they run at night and hide each day, making their way across mountain ridges and rivers red with blood.

“I have walked through the remnants of the Armenian civilization in Palu and Chunkush, I have stood on the banks of the Euphrates. And still I was unprepared for how deeply moved I would be by Dana Walrath’s poignant, unflinching evocation of the Armenian Genocide. Her beautiful poetry and deft storytelling stayed with me long after I had finished this powerful novel in verse.” —Chris Bohjalian, author of The Sandcastle Girls and Close Your Eyes, Hold Hands

“A heartbreaking tale of familial love, blind trust, and the crushing of innocence. A fine and haunting work.” —Karen Hesse, Newbery Medal–winning author of Out of the Dust

"A powerful tale balancing the graphic reality of genocide with a shining spirit of hope and bravery in young refugees coming to terms with their world."—Booklist

“The emotional impact these events had on individuals will certainly resonate.”—Kirkus Reviews
Dana Walrath, writer, poet, artist, Fulbright Scholar, and second generation Armenian, is committed to the movement for reconciliation between Turkey and Armenia. She believes an honest reckoning of history, apology and forgiveness is essential for healing and will help bring about peace in the future. She lives in Vermont.
School Library Journal starred review, August 2014
“This beautiful, yet at times brutally vivid, historical verse novel will bring this horrifying, tragic period to life for astute, mature readers […]”