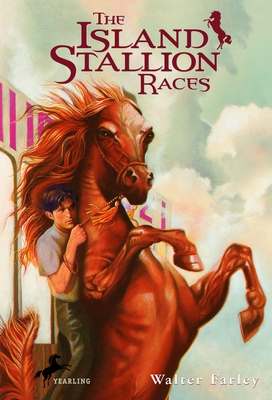 This is book number 11 in the Black Stallion series.

More than anything, Steve Duncan dreams of racing his huge, wild stallion, Flame. The horse is untrained, but incredibly fast and Steve just wants to show him off. When two strangers show up and offer to make Steve’s dream a reality, Steve cannot believe his luck. But soon he realizes that a professional racetrack is no place for an unbroken stallion.
Walter Farley's first book, The Black Stallion, was an instant hit when it appeared in 1941. Mr. Farley went on to write thirty-three other enormously popular books about the Black Stallion and other horses which were published in more than twenty countries. He died in 1989, shortly before the publication of his last novel, The Young Black Stallion, written with his son Steven.