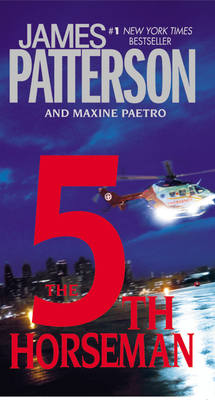 By James Patterson, Maxine Paetro
List Price: $10.00
Our Price: $9.00
(Save: $1.00 10%)
Often on our shelves, but if we're temporarily out, we can get back in!
Dare to face the most terrifying heights of suspense. From hospital murders to explosive court battles, the Women's Murder Club takes on their most harrowing challenge yet.
It is a wild race against time as Lieutenant Lindsay Boxer and the newest member of the Women's Murder Club, attorney Yuki Castellano, lead an investigation into a string of mysterious patient deaths-and reveal a hospital administration determined to shield its reputation at all costs. And while the hospital wages an explosive court battle that grips the entire nation, the Women's Murder Club hunts for a merciless killer among its esteemed medical staff.
With high-speed thrills and page-turning twists, The 5th Horseman proves once again that James Patterson "has mastered the art of writing" (Chicago Sun-Times).
James Patterson has had more New York Times bestsellers than any other writer, ever, according to Guinness World Records. Since his first novel won the Edgar Award in 1977 James Patterson's books have sold more than 300 million copies. He is the author of the Alex Cross novels, the most popular detective series of the past twenty-five years, including Kiss the Girls and Along Came a Spider. He writes full-time and lives in Florida with his family.