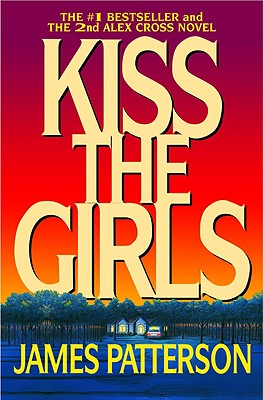 This is book number 2 in the Alex Cross series.

Join Alex Cross on his most terrifying murder case yet in this #1 New York Times bestseller and one of PBS's "100 Great American Reads."

In Los Angeles, a reporter investigating a series of murders is killed. In Chapel Hill, North Carolina, a beautiful medical intern suddenly disappears. In the sequel to Along Came a Spider, Washington D.C.'s Alex Cross is back to solve the most baffling and terrifying murder case ever. Two clever pattern killers are collaborating, cooperating, competing-and they are working coast to coast.
James Patterson has had more New York Times bestsellers than any other writer, ever, according to Guinness World Records. Since his first novel won the Edgar Award in 1977 James Patterson's books have sold more than 300 million copies. He is the author of the Alex Cross novels, the most popular detective series of the past twenty-five years, including Kiss the Girls and Along Came a Spider. He writes full-time and lives in Florida with his family.

"Patterson hit the ball out of the park with his last go-round, the bestselling Along Came a Spider. Kiss the Girls is even better."—Dallas Morning News

"Tough to put down...ticks like a time bomb, always full of threat and tension."—Los Angeles Times