Stepping on the Cracks (Paperback) 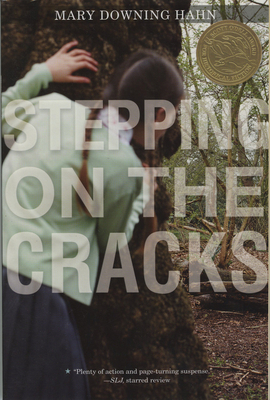 Stepping on the Cracks (Paperback)

In 1944, when her brother is overseas fighting in World War II, eleven-year-old Margaret changes her mind about the school bully, Gordy, after she discovers he is hiding his own brother, a deserter.

Mary Downing Hahn’s many acclaimed novels include such beloved ghost stories as Wait Till Helen Comes, Deep and Dark and Dangerous, and Took. A former librarian, she has received more than fifty child-voted state awards for her work. She lives in Columbia, Maryland, with a cat named Nixi.

"There is plenty of action and page-turning suspense (and) much to ponder and reflect on as well." — School Library Journal (starred review)