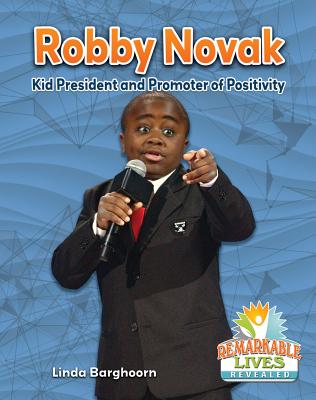 
Unfortunately, this book is not available to order through us. Please try Powells.com or Biblio.com.
Known as the Kid President, American teenager Robby Novak thinks it's cool to be kind, and that compassion and curiosity can help change the world. A YouTube sensation and author of two books before he was 12 years old, Robby promotes his belief that everyone matters and has a purpose. Despite his ongoing struggle with a difficult disease that makes his bones brittle, Robby's mission is to dance the world toward happiness and show people that everyone can be a superhero to somebody. Teacher's guide available.