The Enigma of Anger: Essays on a Sometimes Deadly Sin (Paperback) 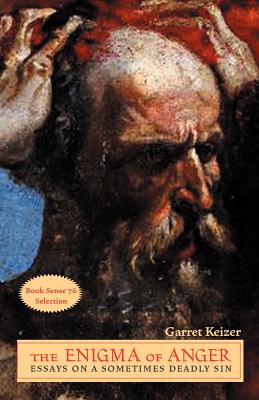 The Enigma of Anger: Essays on a Sometimes Deadly Sin (Paperback)


Often on our shelves, but if we're out, we can usually restock quickly
Rage, resentment, envy, jealousy, and hatred-- these emotions seem to dominate our times. They rule our highways, our workplaces, our homes, and our hearts.

In this provocative book of essays, writer Garret Keizer considers anger in all its baffling forms. Poignantly aware of his own temper, and of his ties to a religion that glorifies meekness, the author looks at anger as a paradox in our struggle to remain human in the midst of an infuriating world. Interweaving personal anecdotes, mythological stories, sacred texts, and Keizer's insightful observations, The Enigma of Anger will prove a welcome companion for anyone who has ever wrestled with wrath-or wished to make better use of it.

Garret Keizer has served as an Episcopal priest and as a high school English teacher. He is the author of God of Beer, No Place But Here, and the critically acclaimed A Dresser of Sycamore Trees. His work also appears in The Christian Century and Harper's Magazine. He lives in northeastern Vermont with his wife and daughter.