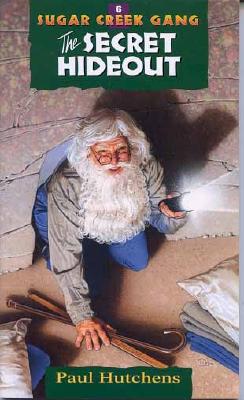 This is book number 6 in the Sugar Creek Gang Original Series series.

The tales and travels of the Sugar Creek Gang have passed the test of time, delighting young readers for more than fifty years.

Great mysteries with a message for kids, The Sugar Creek Gang series chronicles the faith-building adventures of a group of fun-loving, courageous Christian boys. Your kids will be thrilled, chilled, and inspired to grow as they follow the legendary escapades of Bill Collins, Dragonfly, and the rest of the gang as they struggle with the application of their Christian faith to the adventure of life.

In this book, Poetry brings his muddy lamb into Miss Lilly's classroom, and chaos breaks out. The gang later discovers a mysterious cave with a hidden passage near the cemetery. When they spend the night in the cave, they are frightened by two very different visitors dressed in white. Could they be ghosts? Join the gang as Poetry's pet lamb provides a helpful explanation of Jesus' parable of the lost sheep.