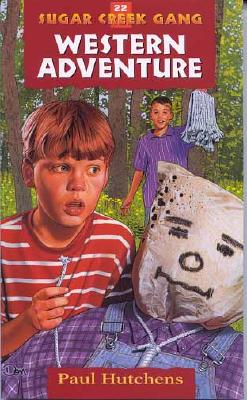 This is book number 22 in the Sugar Creek Gang Original Series series.

Hanging the imaginary horse thief Snaterpazooka in the Sugar Creek Hills leads to a real-life shoot-out in Western Adventure. The adventure includes an out-of-control campfire, a horse-killing thunderstorm, and a runaway boat. As Bill Collins faces trouble with Tom Till, he remembers the sermon about ruling your spirit and being slow to anger. Learn with Bill the importance of choosing the proper boss.