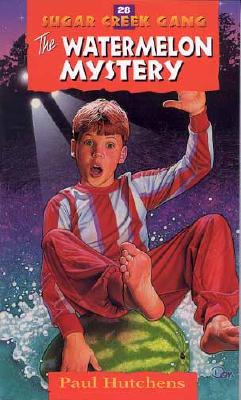 This is book number 28 in the Sugar Creek Gang Original Series series.

What do a stolen watermelon and a grocery store robbery have in common? You'll have to read The Watermelon Mystery to find out. First, Bill and Poetry discover somebody's watermelon in their favorite spring. Next, they spot a thief in the Collins' melon patch. And then there's that mysterious rowboat on Sugar Creek in the middle of the night. Tracking down a mystery requires courage and conviction on the part of the Sugar Creek Gang. Before the mystery is solved, the boys learn the importance of forgiving those who have sinned against us.