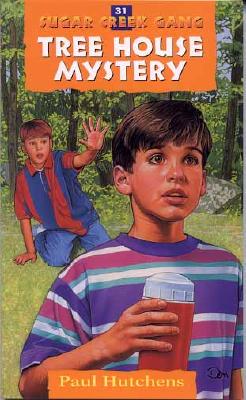 This is book number 31 in the Sugar Creek Gang Original Series series.

Who would have thought that the tree house built near the creek would attract such an interesting visitor with roots in Sugar Creek territory? Why does the visitor have an artificial leg? What will the Sugar Creek Gang do when hateful vandals go on a rampage? The answers to these questions, and the importance of the simple song "Jesus Loves Me," are all found in The Tree House Mystery.