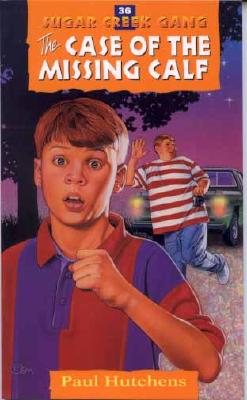 This is book number 36 in the Sugar Creek Gang Original Series series.

Little Jim's calf Wandering Winnie has vanished into thin air. Has someone stolen her? Will Little Jim's offer of a $100 reward help lead to her recovery? All these questions are answered in The Case of the Missing Calf. This final installment of the Sugar Creek Gang series also gives a wonderful example of the power of sacrificial love.

The Sugar Creek Gang series chronicles the faith-building adventures of a group of fun-loving, courageous Christian boys. These classic stories have been inspiring children to grow in their faith for more than five decades. More than three milllion copies later, children continue to grow up relating to members of the gang as they struggle with the application of their Christian faith to the adventure of life.

Now that these stories have been updated for a new generation, you and your child can join in the Sugar Creed excitement.