Behind the Label (One-2-One) (Paperback) 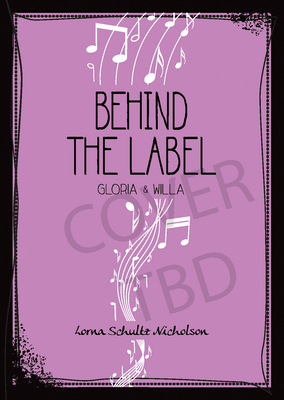 Behind the Label (One-2-One) (Paperback)

Gloria, an impulsive, na ve and likeable teen with Fetal Alcohol Spectrum Disorder (FASD), tries to keep her family together while their mother's addictions threaten a move to foster care. Willa, an older teen with a learning disability (LD), wants to play in a rock band where her gifts truly shine, but her mother's controlling and perfectionistic personality -- and Willa's increasingly abusive boyfriend -- cause her unhappiness. When Gloria and Willa are partnered in a school club, they soon come to appreciate and depend on each other in a world that at times seems counter to their dreams.

This is the fifth book in Lorna Shultz Nicholson's One-2-One series about a diverse group of fictional teens connected through a Best Buddies high-school program.

Lorna Schultz Nicholson has published children's picture books, middle grade fiction, YA fiction and non-fiction hockey books. Her books have been nominated for many awards and are often on the CCBC Best Books for Kids and Teens. The first four books in her One-2-One series were nominated for the Red Maple Forest of Reading award. Her most recent book is When You Least Expect It. Lorna lives in Edmonton, Alberta with her husband and the quirky dog she rescued from Mexico.