97 Things to Do Before You Finish High School (Paperback) 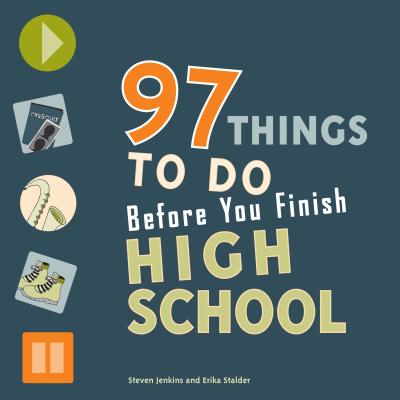 97 Things to Do Before You Finish High School (Paperback)

Being in high school is about a lot more than going to high school. It’s about discovering new places, new hobbies, and new people—and opening your eyes to the world. This book is about the stuff they don’t teach you in high school, like how to host a film festival, plan your first road trip, make a podcast, or write a manifesto. Want to make a time capsule? Spend a day in silence? Learn how to make beats like a DJ? Or shut down your house party before the police do? Whatever your creative, social, or academic inclinations, you’ll find 97 ways on these pages to amuse, educate, and interest yourself, and your friends. Because your life doesn’t stop at 3pm each day—it just gets started.

Erika Stalder is a San Francisco-based writer who has contributed to Wired, Missbehave, Planet, and The Journal of Life Sciences. She worked with the International Museum of Women to produce the Imagining Ourselves anthology and wrote the Dear Erika advice column for ABC Family’s The Secret Life of The American Teenager website.

Steven Jenkins is a San Francisco-based cultural critic whose writings on film, music, art, and literature appear in national periodicals, exhibitions catalogs, and artist monographs. He is the editor of City Slivers and Fresh Kills: The Films of Gordon Matta-Clark and Model Culture: James Casebere, Photographs 1975-1996.
Winner: NAPPA Honors Award