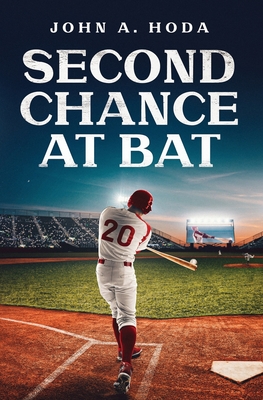 He went from selling insurance to standing on an MLB mound. Can this rookie rockstar handle the heat of unexpected celebrity status?

Thirty-nine-year-old Joe DiNatale's life is slowly falling apart. With his marriage crumbling and his beloved time as a little league coach coming to a close, his luck takes a turn when he wins a trip to play ball with retired Philadelphia Phillies legends. And as he slugs it out with former pro MVPs, he's stunned to discover he has an unhittable knuckleball.

Thrilled when the old hands recognize his potential, he joyfully jumps at the offer of a special tryout for the national league team's pitching roster. But after he trades in his day job for the high-flying world of a professional athlete, his sudden stardom threatens to wreck any hope he has of repairing his family.

Can Joe keep his head in the game and his heart with those he loves?

Second Chance at Bat is an inspiring sports novel. If you like heartfelt characters, grand stadium backdrops, and one-of-a-kind relationships, then you'll adore John A. Hoda's page-turning journey.

Buy Second Chance at Bat to swing for the fences today