The Cradle of Ice (Moonfall #2) (Hardcover) 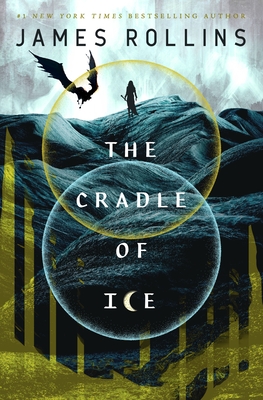 The Cradle of Ice (Moonfall #2) (Hardcover)

This is book number 2 in the Moonfall series.

The second book in the New York Times bestselling Moonfall series from thriller-master James Rollins, The Cradle of Ice is a page-turning tale of action, adventure, betrayal, ambition, and the struggle for survival in a harsh world that hangs by a thread.

To stop the coming apocalypse, a fellowship was formed.

A soldier, a thief, a lost prince, and a young girl bonded by fate and looming disaster.

Each step along this path has changed the party, forging deep alliances and greater
enmities. All the while, hostile forces have hunted them, fearing what they might
unleash. Armies wage war around them.

For each step has come with a cost—in blood, in loss, in heartbreak.

Now, they must split, traveling into a vast region of ice and to a sprawling capital of the world they’ve only known in stories. Time is running out and only the truth will save us all.

The Moonfall Series:
The Starless Crown
The Cradle of Ice

JAMES ROLLINS is the #1 New York Times bestseller of international thrillers, sold to over forty countries. His Sigma series has earned national accolades and has topped charts around the world. He is also a practicing veterinarian, who still spends time underground or underwater as an avid spelunker and diver.

Praise for the Moonfall series:

"When I'm sitting around the campfire, hearing of heroic deeds and derring-do, I want James Rollins to be standing across from me spinning the yarn. He grabs you at the beginning and doesn't let go, weaving a believably unbelievable world of magic and danger that is both terrifying and beautiful, cruel and tender. A masterful storyteller across the genres, James is at his best in The Starless Crown." - R. A. Salvatore, New York Times bestselling author of The DemonWars Saga

“The Starless Crown is a bold and brilliant epic fantasy by a master storyteller! Wonderfully complex characters, shifting points-of-view, unparalleled world-building, and a great sense of fun make this a certified triumph!” - Jonathan Maberry, New York Times bestselling author of Relentless and Kagen the Damned

"An action-filled fantasy quest that is gripping and thought-provoking. The high stakes and smooth writing made it a page turner.... As in his thrillers, he includes science, historical secrets, and suspense."- Mystery & Suspense Magazine

“An interesting blend of science and magic, flying ships and prophetic gods, propel this fantasy into epic territories.” -Library Journal