Albert Einstein Was a Dope? (Wait! What?) (Hardcover) 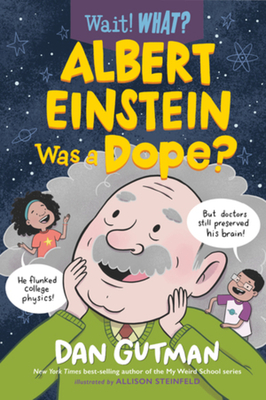 Albert Einstein Was a Dope? (Wait! What?) (Hardcover)

When he finally made it to college, he failed physics!

And when he died, his doctor saved his brain and eyeballs!

Siblings Paige and Turner have collected some of the most bizarre and unusual facts about the world-famous scientist, from his childhood and school days through his brilliant discoveries and his contribution to the development of the atomic bomb.

Narrated by the two spirited siblings and animated by Allison Steinfeld's upbeat illustrations, Wait! What? Albert Einstein Was a Dope? is an authoritative, accessible, and one-of-a-kind biography infused with Dan Gutman's signature zany sense of humor.