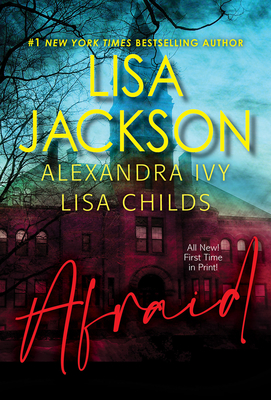 By Lisa Jackson, Alexandra Ivy, Lisa Childs
List Price: $9.99
Our Price: $8.99
(Save: $1.00 10%)
Often on our shelves, but if we're out, we can usually restock quickly
A thrilling new book featuring the #1 New York Times bestselling author of The Third Grave, that fans of Allison Brennan and Lisa Gardner won’t want to miss! Dark secrets and revenge converge as former students from an elite boarding school, which is also a haven for the daughters of the rich and famous, come face to face with the crimes of the past…

LUCY
Lucy Champagne was sent to St. Cecilia’s after her movie-star mother was brutally attacked by her sleazy boyfriend, Ray Watkins. Lucy’s damning testimony landed Ray a twenty-five-year sentence. But now, Ray is free. And he’s going to find Lucy and make her pay, no matter how far and how fast she runs . . .

RAYNE
Rayne Taylor found unexpected happiness at St. Cecilia’s, until her roommate, Natalie, committed suicide. Only when Rayne finds a box of mementoes from that time does she realize how wrong she may have been about Natalie’s death—and how far someone will go to keep the truth hidden . . .

ERIN
Erin MacDonald remembers little about the long-ago night she and her sister, Anna Beth, were kidnapped. While Erin was found safe, Anna Beth vanished forever. Now Erin has reluctantly come back to the family estate, where Detective Rafe Montego hopes to finally crack the case. But as flashes of Erin’s memory reemerge, she learns how deep the danger goes . . .

Lisa Jackson is the #1 New York Times bestselling author of over ninety-five novels, including Liar, Liar, You Will Pay, After She's Gone, Deserves to Die, Running Scared, and Shiver. She is also the co-author of One Last Breath, Last Girl Standing and the Colony Series, written with her sister and bestselling author Nancy Bush, as well as the collaborative novels Sinister and Ominous, written with Nancy Bush and Rosalind Noonan. There are over thirty million copies of her novels in print and her writing has been translated into twenty languages. She lives with her family and rambunctious dogs in the Pacific Northwest. Readers can visit her online at LisaJackson.com and find her on Facebook.

Lisa Childs is an award-winning and international bestselling author of more than seventy novels.  She was born on Halloween, which may have fated her predilection for spinning dark and twisty stories. In addition to romantic suspense, she also writes women’s fiction, paranormal and contemporary romance. Lisa loves to hear from readers who can contact her on Facebook, and through her Website LisaChilds.com.