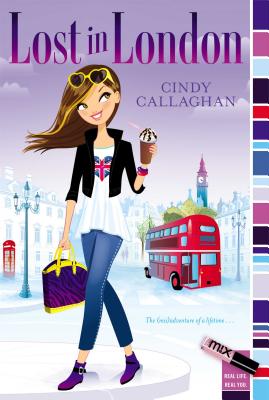 By Cindy Callaghan
List Price: $7.99
Our Price: $7.19
(Save: $0.80 10%)
Often on our shelves, but if we're out, we can usually restock quickly
A tween’s foreign exchange experience lands her in London luxury—and some hot water as well!

Twelve-year-old Jordan isn’t unhappy, but she’s definitely bored. So when she gets the chance to take part in a London exchange program, she’s thrilled to ditch her small town in Delaware and see the world across the pond.

Unfortunately, Jordan’s host sister in London, Caroline, isn’t exactly enthusiastic about entertaining an American girl. Despite the chilly welcome, Jordan finds herself loving the city and Caroline’s group of friends, who are much nicer than Caroline herself.

And then a major misstep leaves Jordan and Caroline trapped together overnight—inside Daphne’s, the world’s largest department store. Given they have complete access to all the fancy shoes, designer dresses, and coolest makeup around, there are worse places to be stuck. But when the girls’ fun has not-so-fun consequences, Jordan’s wish for excitement abroad turns into a lot more than she ever bargained for...
Cindy Callaghan is the author of the middle grade novels Lost in London, Lost in Paris, Lost in Rome, Lost in Ireland (formerly titled Lucky Me), Lost in Hollywood, the award-winning Sydney Mackenzie Knocks ’Em Dead, Just Add Magic (which is now a breakout streaming original series), and its sequel Potion Problems. She lives in Wilmington, Delaware.