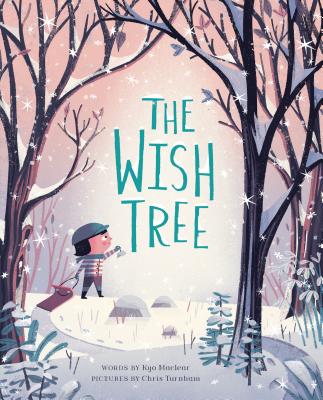 By Kyo Maclear, Chris Turnham (Illustrator)
List Price: $16.99
Our Price: $15.29
(Save: $1.70 10%)
Often on our shelves, but if we're out, we can usually restock quickly
Charles wants to find a wish tree. His brother and sister don't believe there is such a thing, but his trusty companion Boggan is ready to join Charles on a journey to find out. And along the way, they discover that wishes can come true in the most unexpected ways.
The poetic text and heartwarming illustrations evoke the true essence of the holiday season and will inspire wishers everywhere. This gem of a book deserves center stage year round.
Kyo Maclear is a critically acclaimed author whose books have received starred reviews, appeared on numerous "Best of" lists, and been published in multiple languages around the world. One of her picture books, Virginia Wolf, has been adapted for the stage, and another, Julia, Child is currently being adapted into an animated television series. She lives in Toronto.

Chris Turnham has had a long career working as a visual development artist in the animation industry for clients including Sony Pictures Animation, LAIKA, and DreamWorks Animation. This is his debut picture book. He is based in Los Angeles.
"Exudes quiet magic and wonder."-School Library Journal

"A warm and engaging magical tale of friendship and the intrinsic beauty of nature."-School Library Connection

"This ingeniously nondenominational tale brings a lovely serene pace to classic holiday themes like giving to others and gathering with dear ones."--The New York Times

"Deftly pulls in the reader with spare, precise language and palette that evokes both winter and warmth."--Austin American-Statesman

"This sweet, magical story, with no decorations or specific mention of Christmas, would be a great choice for any winter celebration."-Booklist