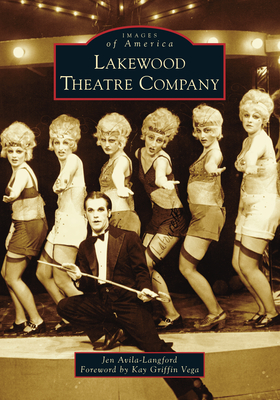 Discover through historic photographs how a little theater that traveled from pillar to post with costumes, props, and flats became the Lakewood Theatre Company at Lakewood Center for the Arts.

In 1952, a small group gathered at the home of Dorothy Peetz in Lake Oswego, Oregon, and thought it would be fun for the community to have a little theater. They began to organize what was then known as the Oswego Players. Today, the nonprofit theater attracts 40,000 patrons annually. Lakewood Center for the Arts, home of the city's annual Festival of the Arts, coordinates a large multi-exhibit arts education event to inspire and awe 25,000 visitors every year. Generations of people have made the Lakewood Center for the Arts a part of their daily lives through volunteerism or by attending classes, everything from ancestry to Zumba. Young actors that performed on Lakewood Theatre Company's stage later returned to direct their own productions.

Jen Avila-Langford created visual presentations for the Lakewood Theatre Company. In an attempt to make the workshops more engaging, she delved into Lakewood's archives and local history. Photographs, never before published, of the theater founders, the original playwrights, and the classics are brought to light from 70 years of archives.