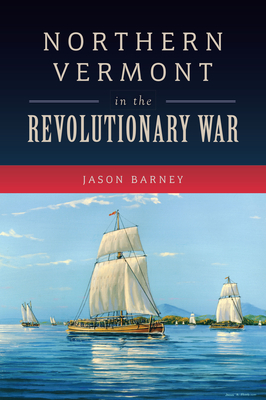 Northern Vermont played a pivotal role in the American Revolution. While the larger campaigns such as the Taking of Fort Ticonderoga, the Quebec Invasion of 1775 and The Battle of Valcour Island have received appropriate historical attention, there were other vital actions in the area as well.

Benedict Arnold and Benjamin Franklin spent significant time in the Champlain Valley. George Washington kept a keen eye on events in the region as raiding parties descended upon numerous Vermont communities. The isolated waters of Missisquoi Bay were as vital as any waterway in America, and the Lake Champlain islands were some of the most strategic territory in the thirteen colonies.

Author and local historian Jason Barney exposes the details and explores how small towns were impacted by invading British armies from Quebec.