The Monkey's Wrench: A Novel (Paperback) 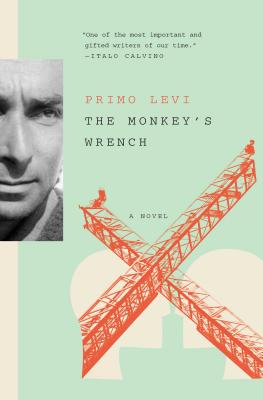 The Monkey's Wrench: A Novel (Paperback)

This book is about story telling. It is a beautifully written conversation over several nights between a chemist and a rigger working on a large industrial project. Over the course of the book, Faussone, the rigger, fills the pages with his stories of adventure and travel as he follows his work around the world. It is a parable about finding work you love and genuine connection between strangers even if they are but fleeting friendships.

— From Adult Fiction
A chemist-turned-writer and a construction rigger in a remote factory pass the time swapping tales of their lives and voyages. Primo Levi’s most light-hearted novel, The Monkey’s Wrench is a tribute to storytelling, human ingenuity, and the importance of finding meaningful work in life.

“A lot of stories have happened to me,” says Faussone, the mysterious construction rigger at the center of this comic novel by Primo Levi. Far from home on a work assignment, Libertino Faussone befriends the book’s narrator, a chemist based loosely off of Levi himself. Although he can’t quite explain it, the chemist is immediately entranced by the wandering laborer who has traveled to every corner of the world. The two embark on an unlikely friendship, trading tales filled with curses and spies, scandal and heartbreak.

With its easy-going and even whimsical tone, The Monkey’s Wrench is a change from Primo Levi’s other works. Yet its message is just as vital. The novel reminds us about the importance of connection between strangers, our endless capacity to solve even the most challenging of problems, and finding fulfillment in work.

Along with Elie Wiesel and Hannah Arendt, Primo Levi is remembered as one of the most powerful and perceptive writers on the Holocaust and the Jewish experience during World War II. This is an essential book both for students and literary readers. Reading Primo Levi is a lesson in the resiliency of the human spirit.
Born to a Jewish family in Turin in 1919, Primo Levi was trained as a chemist. During World War II, he was arrested as a member of a partisan group and deported to Auschwitz. After the camp’s liberation, he returned to Italy and worked as a chemist, writing only on the side. His first book Survival at Auschwitz was a personal account of his year at the camps. The follow-up memoir The Reawakening cemented Levi as a leading authority on the Holocaust. Other books by Levi include Periodic Table, If Not Now, When?, The Monkey’s Wrench, Other People’s Trades, The Drowned and the Saved, and more. Primo Levi died in 1987 after falling down his apartment’s stairway. Biographers remain divided as to whether his fall was a suicide or an accident.