Big Nate: Move It or Lose It! (Paperback) 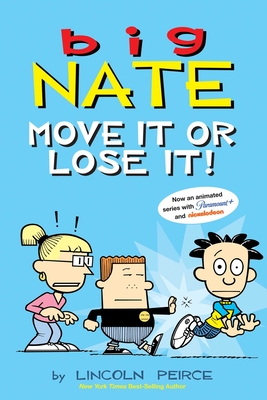 Big Nate: Move It or Lose It! (Paperback)

This is book number 29 in the Big Nate series.

The newest collection of comics featuring Big Nate, the star of the bestselling book series and the Emmy-nominated animated TV series on Paramount+ and Nickelodeon.


Look out! Nate Wright and friends are headed for another round of fun, pranks, sports, mischief, and adventure in this collection of Big Nate comics guaranteed to entertain young readers everywhere.
Lincoln Peirce has been drawing the Big Nate comic strip for more than 20 years. Born in Ames, Iowa, Peirce grew up in Durham, New Hampshire. As a kid, he began creating his own strips in the sixth grade. Peirce taught high school in New York City and has created several animated pilots for Cartoon Network and Nickelodeon. He lives in Portland, Maine, with his family.