A History of Yorktown and Its Victory Celebrations: Revival to Patriotism (Hardcover) 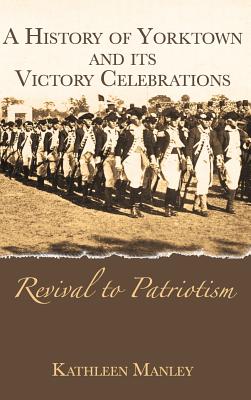 A History of Yorktown and Its Victory Celebrations: Revival to Patriotism (Hardcover)

By Kathleen Manley
List Price: $31.99
Our Price: $28.79
(Save: $3.20 10%)
Often on our shelves, but if we're out, we can usually restock quickly
On October 19, 1781, General Cornwallis surrendered his British Army to the combined American and French forces at Yorktown, Virginia. Beyond the ending of hostilities this act came to represent the close of British colonial rule and the dawn of America's ascent as an independent country and eventual world power.
Although the events of this revolutionary time are now the foundation of an evolving American history, it is still important to remember the sacrifice and victory of these early patriots. Revival to Patriotism: A History of Yorktown and its Victory Celebrations chronicles the history of Yorktown, Virginia, and the victory celebrations that have been undertaken through the generations to remember this historic time in America's infancy.
Written in engaging prose, Revival to Patriotism, by local Yorktown author Kathleen Manley presents for the first time the history of this remarkable city from the first celebration in 1824 with the return of General Lafayette through to the 200th anniversary in 1981, commemorating America's Revolutionary victory.