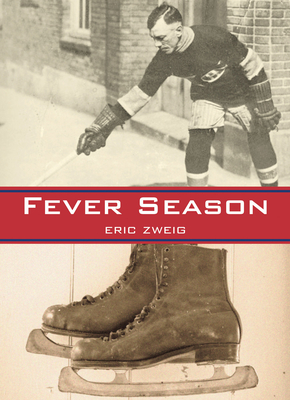 Eric Zweig is a managing editor with Dan Diamond & Associates, consulting publishers to the National Hockey League. He has written about sports and sports history for many major publications, including the Toronto Star and the Globe and Mail His non-fiction sports books for young people include Star Power: The Legend and Lore of Cyclone Taylor and Crazy Canucks. He lives in Owen Sound, Ontario.

"Zweig does a wonderful job of capturing the sights and flavours of life in Montreal nearly a century ago, and paints evocative and appealing characters in David, his family, Jean-Patrice, and Joe Hall.  His portrayal of professional hockey in its infancy is nothing short of fascinating.  Fever Season will appeal to readers from Grade 5 up, particularly those who enjoy historical fiction and hockey!"

" hockey fans and history buffs alike, particularly at the middle grade level, would enjoy this book."