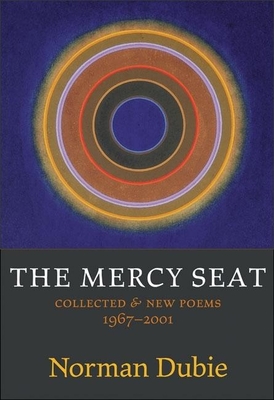 Norman Dubie has one of the most radical imaginations in American letters.

Winner of the PEN Literary Award for Poetry, The Mercy Seat includes selections from each of Dubie's 17 previous volumes. Whether illuminating a common laborer or a legendary thinker, Dubie meets his subjects with utter compassion for their humanity and the dignity behind their creative work. In pursuit of the well-told story, his love of history is ever-present--though often he recreates his own.

"With its restoration of so many out-of-print poems and its addition of new works, The Mercy Seat was one of last year's most significant publications." --American Book Review

"The voices of Dubie's monologues are full of astonishing intimacy." --The Washington Post Book World

Norman Dubie, author of twenty books of poetry, is a Regents' professor at Arizona State University. A practitioner of Tibetan Buddhism whose work has been translated into thirty languages, Dubie received the PEN Center USA Literary Award for The Mercy Seat: Collected and New Poems.