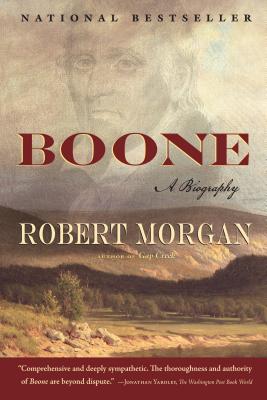 Bestselling, critically acclaimed author Robert Morgan reveals the complex character of a frontiersman whose heroic life was far stranger and more fascinating than the myths that surround him.

This rich, authoritative biography offers a wholly new perspective on a man who has been an American icon for more than two hundred years—a hero as important to American history as his more political contemporaries George Washington and Benjamin Franklin. Extensive endnotes, cultural and historical background material, and maps and illustrations underscore the scope of this distinguished and immensely entertaining work.
Robert Morgan is the bestselling author of numerous works of fiction—including the Oprah Book Club selection Gap Creek—and non-fiction, and is also an established poet with fourteen collections to his credit. Born in Hendersonville, NC, he teaches at Cornell University in Ithaca, NY, where he is Kappa Alpha Professor of English.
"With Mr. Morgan as biographer, Boone definitely lucked out...Stunning." — The Dallas Morning News