Diver: A Royal Navy and Commercial Diver's Journey Through Life, and Around the World (Paperback) 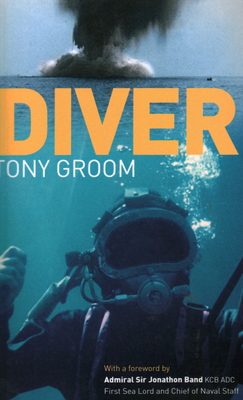 Diver: A Royal Navy and Commercial Diver's Journey Through Life, and Around the World (Paperback)


Often on our shelves, but if we're out, we can usually restock quickly
Diver is an honest, moving and sometimes hilarious account of a hair-raisingly exciting career, both in the Royal Navy and in commercial deep-sea diving-training the most unlikely of raw recruits ... handling unexploded bombs while under air attack ... living for months in a pressurized bottle with a voice like Donald Duck ... commuting to work through a hole in the floor in the freezing, black depths of the North Sea.
Tony Groom joined the Royal Navy at the age of 17, determined to become a diver. As a member of the Fleet Clearance Diving Team, he found himself diving for mines, dealing with unexploded bombs and being shot at in the Falklands War. He left the Navy in 1985 and has since traveled the world as a commercial diver.