Birds of the Midwest (Nature's Wild Cards) (Other) 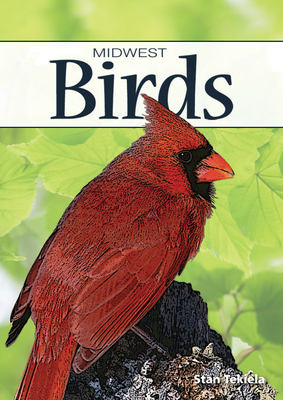 Birds of the Midwest (Nature's Wild Cards) (Other)

Anyone who enjoys nature, wildlife, and the great outdoors will love these cards for playing your favorite games or to use as flash cards. Inspired by Stan Tekiela's popular Bird Identification Guides, this gorgeous deck of playing cards features stylized photographs of 54 of the most fascinating bird species in the Midwestern states of Illinois, Indiana, Iowa, Kansas, Kentucky, Michigan, Minnesota, Missouri, Nebraska, North Dakota, Ohio, South Dakota, and Wisconsin. Each card depicts stylized photographs of such birds as the Northern Cardinal, Blue Jay, Bald Eagle, and more--so you can begin to learn what 54 different species look like.

Play games like blackjack, poker, rummy, and solitaire while learning more about birding. Get Birds of the Midwest Playing Cards for yourself, and you can also give this deck of cards as a fun and thoughtful gift.

Naturalist, wildlife photographer and writer Stan Tekiela is the author of more than 190 field guides, nature books, children's books, wildlife audio CDs, puzzles and playing cards, presenting many species of birds, mammals, reptiles, amphibians, trees, wildflowers and cacti in the United States. With a Bachelor of Science degree in Natural History from the University of Minnesota and as an active professional naturalist for more than 25 years, Stan studies and photographs wildlife throughout the United States and Canada. He has received various national and regional awards for his books and photographs. Also a well-known columnist and radio personality, his syndicated column appears in more than 25 newspapers and his wildlife programs are broadcast on a number of Midwest radio stations. Stan can be followed on Facebook and Twitter.