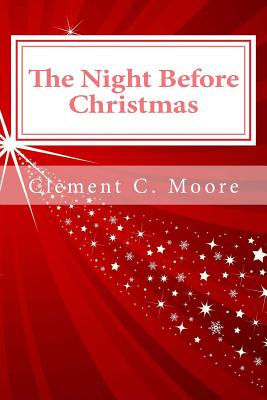 
Often on our shelves, but if we're out, we can usually restock quickly
The Night Before Christmas was first published in 1823 and is considered as being largely responsible for the conception of Santa Claus from the mid-19th century to today. The enchanting poem tells the story of a man who, while his wife and children are fast asleep, awakens on Christmas Eve to curious noises outside of his house. As he looks out of the window he witnesses a sleigh, pulled by eight reindeer, flying high across the sky before landing, to the man's great surprise, on the roof of his very own house. The events that follow mark the beginning of the tradition of Santa Claus and the joy that he brings on Christmas night.
Clement Clarke Moore (1779-1863) was a writer and American Professor of Oriental and Greek Literature at the General Theological Seminary of the Protestant Episcopal Church in New York City. Robert Ingpen was born in 1936 in Australia. In 1986 he was awarded the Hans Christian Andersen Medal for his contribution to children's literature.