A History of the World in 500 Walks (Paperback) 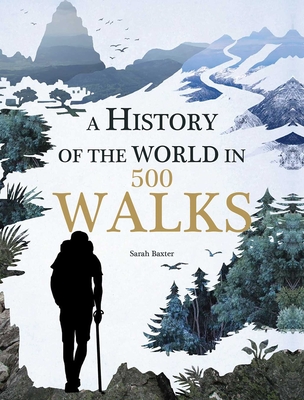 A History of the World in 500 Walks (Paperback)

From geologic upheavals and mad kings to trade routes and saints' ways, this book relates the tales behind the top 500 walks that have shaped our society. It's easy to imagine traveling back in time as you read about convicts and conquistadores, silk traders and Buddhists who have hiked along routes for purposes as varied as the terrain they covered. From prehistory to the present day, take a grand tour of world events at eye-level perspective with accounts that combine knowledgeable commentary with practical detail. You may even be inspired to lace up your own boots!
Sarah Baxter grew up in Norfolk, England (high point: 100m), which may partly explain her love of the mountains. Her passion for getting active outdoors saw her traverse Asia, Australia, New Zealand and the U.S. before settling into a writing career.Since 2002 she has worked at Wanderlust magazine, the bible for independent-minded travelers, where she is now Associate Editor. She has written extensively on walking and travel for Wanderlust and a diverse range of other publications, from The Guardian, The Telegraph, and The Independent to Country Walking and Runner's World, and has contributed to more than a dozen Lonely Planet books. Mainly, though, she likes to put one foot in front of the other. Whether it be ice-axing up Italy's Gran Paradiso, completing all 1,000km of England's South West Coast Path, summitting Kilimanjaro, exploring Bhutan's only yeti reserve, completing New Zealand's Tongariro Crossing (by night) or strolling from her front door in Bath straight into the Cotswolds, she is never happier than when she's out on a walk.