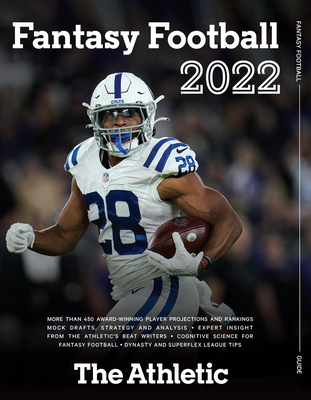 The definitive guide for your 2022 fantasy football team from the staff of The Athletic.

Highlights include award-winning projections for more than 450 players, expert insight from The Athletic’s beat writers, comprehensive injury updates, detailed mock drafts, outside-the-box strategies for Dynasty and SuperFlex, and even cognitive science applications for fantasy football that will have you poised to dominate your league.

Featuring expert evaluations of hundreds of players, this is a must-have resource for fantasy players and NFL fans.