Dynasty: The Rise and Fall of the Greatest Teams in NBA History (Paperback) 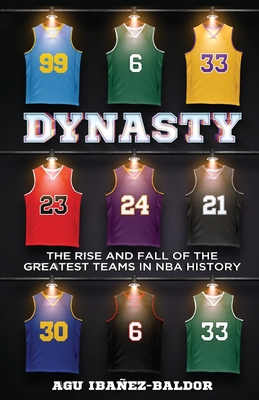 Dynasty: The Rise and Fall of the Greatest Teams in NBA History (Paperback)

Do you sit around wondering how Bill Russel's Celtics managed to win eight straight NBA titles? What had to be done to create that perfect team? Author Agu Iba ez-Baldor demystifies these questions and more in his book DYNASTY: The Rise and Fall of the Greatest Teams in NBA History.

In this book, you'll read about the seven teams that won at least three championships in a five-year period to get their "dynasty" label including:

Chock full of Iba ez-Baldor's entertaining sarcastic observations, this book speaks to NBA fans young and old who enjoy examining the inner workings of a team. If you are an avid basketball fan, sports stat junkie, or simply want some fodder to win your next #NBAtwitter debate, DYNASTY will give you valuable information in a fun casual way.