The Woman Who Fed the Dogs (Paperback) 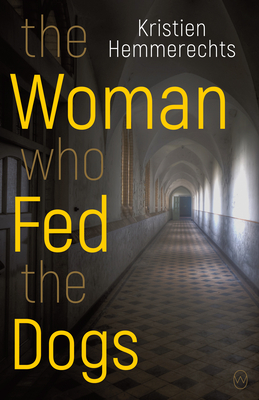 The Woman Who Fed the Dogs (Paperback)

"With unnerving conviction, this novel inhabits the mind, heart and voice of Belgium's 'most hated woman', the ex-wife of murderer Marc Dutroux - the authenticity makes for a compelling narrative." --Blake Morrison

The most hated woman in Belgium sits in her prison cell preparing for imminent release. Between brief interludes of counsel from Sister Virginie and Anouk, the prison psychiatrist, Odette is left alone to labor through the memories of her former life. Obsessive and reflective, yet crucially lacking in remorse, Odette's testimony is a tricky script to untangle. Based on the real-life events of Michelle Martin, ex-wife of the notorious child abductor, murderer and serial rapist, Marc Dutroux, this is a fictionalized account of the inner workings of Martin's mind before, during, and after the crimes that shook a nation in the 1990s.

The excuses and abuses of this killer's accomplice make for a brave exploration of psychological trauma, and the slide towards its most extreme of consequences. In The Woman Who Fed the Dogs, Hemmerechts has produced a daring novel that positions the reader uncomfortably close to the human behind these unforgivable acts.

Never having been one to shy away from controversy, KRISTIEN HEMMERECHTS is the author of twenty novels, and numerous collections of short stories and autobiographical essays. Hemmerechts teaches English Literature at University College Brussels and Creative Writing at the Herman Teirlinck Institute in Antwerp. She has been awarded the Flemish State Prize and the Frans Kellendonk Prize for her complete works. PAUL VINCENT is a Dutch-to-English translator based in London. He studied at Cambridge and in Amsterdam, and after teaching Dutch at the University of London for over twenty years became a full-time translator in 1989. Since then he has published a wide variety of translated poetry, non-fiction, and fiction, including work by Achterberg, Claus, Couperus, Elsschot, Jellema, Mulisch, De Moor, and Van den Brink. He is a member of the Society of Dutch Literature in Leiden, and has won the Reid Prize for poetry translation, the Vondel Prize for Dutch-English translation, and (jointly) the Oxford-Weidenfeld Prize.