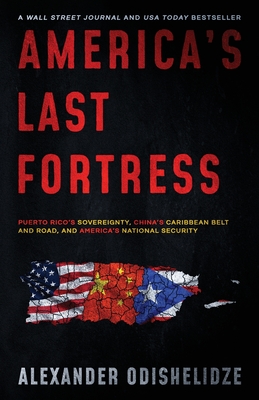 China's Belt and Road initiative is on the way. Premier Xi's agenda? For China to have unrestricted access to the rest of the world. At the focus is America's last fortress, Puerto Rico, which sits primely at the southern entrance of the Caribbean from the Atlantic Ocean. The only way that China can exercise influence in Puerto Rico-and move freely around the globe-is if Puerto Rico becomes an independent nation.

Puerto Rico's political process is in shambles and the island is now slipping toward independence. Author Alexander Odishelidze spent 30 years on decolonization with a preference for statehood. This is his firsthand account of the mistakes made during that process, and of the vested interests-both on the mainland US and in Puerto Rico-that fought to maintain the status quo. In the 1970s, independence drew less than 5 percent of the vote in Puerto Rico's elections. During the last election, independence-leaning candidates received almost 50 percent of the vote.

The trend is away from statehood. And China is watching.