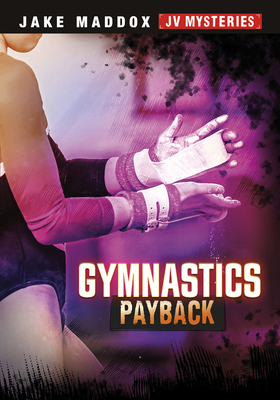 By Jake Maddox
List Price: $5.95
Our Price: $5.36
(Save: $0.60 10%)
Often on our shelves, but if we're temporarily out, we can get back in!
Mia Hernandez's gymnastics team is nervous about the upcoming season. However, they're encouraged when their new coach tells them that she was once a gymnast for their longtime rivals. The coach's knowledge will be a great advantage during the season. But strange things begin to happen at the competitions. The wrong music is played during some girls' floor exercises. Itching powder ends up in one team's chalk. At another meet, the parallel bars fall apart while a competitor performs her routine. Someone is taking dangerous risks to cheat at the competitions. But who could it be, and why? Follow along as Mia discovers the shocking truth behind who's been sabotaging the competition during the gymnastics season in this Jake Maddox JV Mystery.