Teach Me to Play: Baseball (Hardcover) 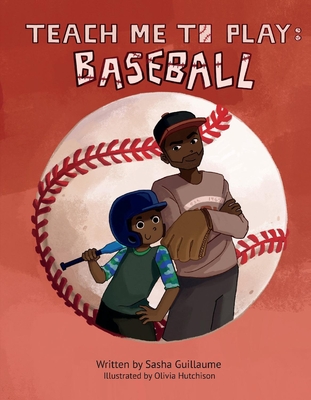 Teach Me to Play: Baseball (Hardcover)

By Sasha Guillaume, Olivia Hutchison (Illustrator)
List Price: $22.56
Our Price: $20.30
(Save: $2.26 10%)
Often on our shelves, but if we're out, we can usually restock quickly
"Teach Me to Play: Baseball" is the first release in Sasha Guillaume's vibrant children's book series. The Teach Me to Play books are meant to be a soft introduction to sports for new readers. Throughout the series, young readers are introduced to new sports by the enthusiastic main characters. Ayden and younger brother Ethan are constantly learning to play new and different sports from their dad, their mom, and each other.

In this fun illustrated book, young readers are introduced to the rules of the game. "Teach Me to Play: Baseball" serves as an additional tool that parents and coaches can use to indirectly introduce sports fundamentals to young athletes.
Sasha Guillaume began his writing career as a New York based comedian in 2001, though his first-time telling jokes on stage was at an eight-grade talent show. Sasha was a comic on the NYC comedy scene for eight years strong before abruptly and responsibly exiting stage-left after his wife gave birth of his first son; and now they have two boys. While away from the stage, Sasha began to write the types of books that he wanted to read to his boys.

When Sasha is not writing books, jokes, or screenplays, he is a serial entrepreneur, comedian, podcaster, and actor. Sasha enjoys spending time at home with his wife and two boys who are commonly featured in his writings. Olivia Hutchison is an illustrator, concept artist, and comic creator from New Jersey. She graduated from the Maryland Institute College of Art with a B.F.A. in Illustration in 2021.

With a focus on character and background design for the animation industry, she enjoys all of what the worldbuilding process has to offer. In her sequential work, her overall goal is to combine real-world experience and surreal visuals to create fantastical narratives that everyone can enjoy.

She is working on developing "Apartment 325", a coming-of-age comic that follows four teenagers who find a magical apartment that gives them the ability to time travel. She also loves to create narrative-centered, animated music videos to songs she enjoys.

In her free time, she loves to go on bike rides, crochet, and watch dark, psychological anthologies.