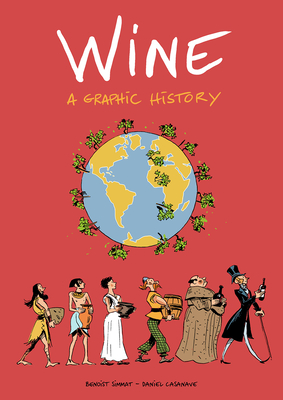 The history of wine is the history of civilization. It is the religious drink par excellence. In Greek mythology, references to wine abound. In the Bible, after the Flood, Noah plants a vineyard. In the Middle Ages, it was in the monasteries and churches that the syrupy drink of antiquity, unpalatable if not diluted, was transformed into the wine we know today. Wine expert Benoist Simmat and artist Daniel Casanave trace the story of wine from its origins in the Mediterranean to the globalized industry of the 21st century. Spanning the innovations that have punctuated wine’s long history, from oak-barrel aging to the invention of the bottle, Wine: A Graphic Historyleaves readers with a fresh view of our own drinking culture.

Benoist Simmat is a journalist, essayist, and scriptwriter. A wine specialist, he is a longtime contributor to La Revue du Vin de France. Daniel Casanave is a French comic book artist and writer.