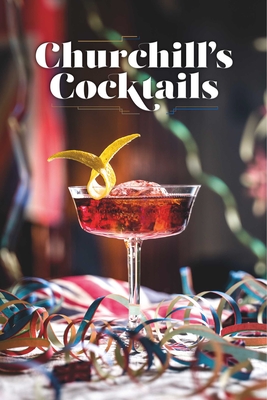 By Imperial War Museums
List Price: $19.95
Our Price: $17.96
(Save: $2.00 10%)
Often on our shelves, but if we're out, we can usually restock quickly
Thirty new and classic cocktail recipes inspired by the colorful and controversial Winston Churchill.

This charming book from the Imperial War Museums features dozens of cocktail recipes, each accompanied by detailed instructions, an ingredients list, and a short description of how the drink is inspired by British former head of state Winston Churchill. Photographs of the cocktails at Churchill War Rooms or the Churchill Bar accompany each recipe, and archival images of Churchill himself, drawn from the Imperial War Museums collection, tie the volume together. Published in association with the Churchill Bar at the Hyatt Regency Churchill in London, this is the ideal gift for anyone who likes a glass of something strong mixed with a splash of history.
Imperial War Museums is a British national museum organization with branches at five locations in the United Kingdom, three of which are in London. Its museums record and showcase experiences of modern conflict and uncover the causes, course, and consequences of war, from World War I to the present day.