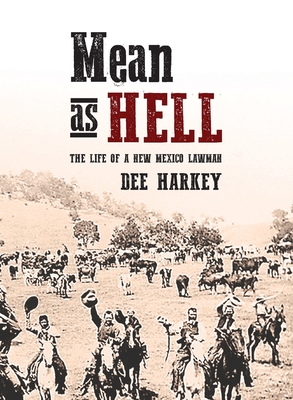 Dee Harkey (1866-1958) was born in San Saba County, Texas. Orphaned at the age of three after his parents were killed by Indians, and raised by an older brother, he witnessed much violence. Three of his brothers were killed in gunfights. At the age of sixteen, he became a deputy under his brother, Joe, who had been elected sheriff. In 1890, Harkey moved to Carlsbad, New Mexico, where he became a US Marshall and Cattle Inspector. During his peace officer career he encountered any number of cattle rustlers, train robbers, and a host of other outlaws, who animate the incidents recounted in this book. Originally published in 1948 and now available again in a new paperback facsimile edition.