The Accomplice: A Novel (Hardcover) 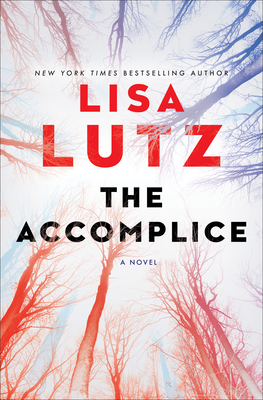 The Accomplice: A Novel (Hardcover)

By Lisa Lutz
List Price: $28.00
Our Price: $25.20
(Save: $2.80 10%)
Often on our shelves, but if we're out, we can usually restock quickly
Everyone has the same questions about best friends Owen and Luna: What binds them together so tightly? Why weren’t they ever a couple? And why do people around them keep turning up dead? In this riveting novel from the New York Times bestselling author of The Passenger, every answer raises a new, more chilling question.

“Masterfully plotted, The Accomplice is both a keep-you-guessing mystery and a keenly and tenderly observed character study.”—Attica Locke, author of Bluebird, Bluebird and Heaven, My Home

ONE OF THE MOST ANTICIPATED BOOKS OF 2022—PopSugar, CrimeReads

Owen Mann is charming, privileged, and chronically dissatisfied. Luna Grey is secretive, cautious, and pragmatic. Despite their differences, they form a bond the moment they meet in college. Their names soon become indivisible—Owen and Luna, Luna and Owen—and stay that way even after an unexplained death rocks their social circle.

They’re still best friends years later, when Luna finds Owen’s wife brutally murdered. The police investigation sheds light on some long-hidden secrets, but it can’t penetrate the wall of mystery that surrounds Owen. To get to the heart of what happened and why, Luna has to dig up the one secret she’s spent her whole life burying.

The Accomplice brilliantly examines the bonds of shared history, what it costs to break them, and what happens when you start wondering how well you know the one person who truly knows you.
Lisa Lutz is the New York Times bestselling, Alex Award–winning author of the Spellman Files series and The Swallows, as well as the novels How to Start a Fire and The Passenger. She has also written for film and TV, including The Deuce for HBO and Dare Me on USA. She lives in New York’s Hudson Valley.
“Lisa Lutz just gets better and better, and . . . The Accomplice may just be her best so far.”—CrimeReads

“There’s no one in crime fiction more inventive than Lisa Lutz, and The Accomplice is her greatest sleight of hand yet. Wry and menacing, with the gravity-defying grace of a skipped stone, The Accomplice is at once a suspenseful thrill ride, a deep and disquieting meditation on friendship, and a Wes Anderson comedy rolled into one. After this, I’d read her grocery list.”—Amy Gentry, bestselling author of Good as Gone and Bad Habits

“Masterfully plotted, The Accomplice is both a keep-you-guessing mystery—like, seriously, I didn’t see any of it coming—and a keenly and tenderly observed character study and portrait of a beautiful friendship complicated by a strange body count that keeps growing around them. I was rooting for Owen and Luna, but murder has a way of testing the bounds of even the tightest of best friends.”—Attica Locke, author of Bluebird, Bluebird and Heaven, My Home

“[An] atmospheric, well-plotted, and brilliantly narrated story, which is at once mysterious, suspenseful, and witty.”—Booklist (starred review)

“Quirky characters, humor in unexpected places, and a twisty but plausible plot keep the pages turning. Readers will be torn between eagerness to get to the bottom of the novel’s mysteries—and reluctance for the adventure to end.”—Publishers Weekly