Wild at Heart: The Dangers and Delights of a Nomadic Life (Paperback) 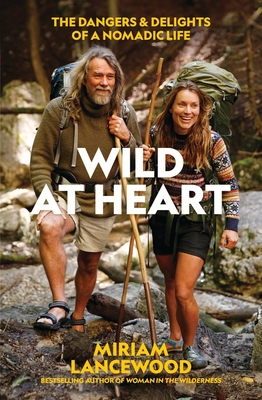 Wild at Heart: The Dangers and Delights of a Nomadic Life (Paperback)

By Miriam Lancewood
List Price: $24.95
Our Price: $22.46
(Save: $2.50 10%)
Backordered
The gripping sequel to Woman in the Wilderness, Miriam Lancewood'sstory of the quest for a simple life, unfettered by society's norms

Miriam Lancewood's book Woman in the Wilderness told her story of living for seven years in the wilderness of New Zealand with her husband, hunting and gathering, and roaming the mountains like nomads.

Miriam and Peter left New Zealand to explore other wild places. They walked 2000 km through the forests of Europe and along the coast of Turkey, mostly camping under trees and cooking by fire.

But when they moved on to the Australian desert, they met with disaster.

This gripping story is about life and death, courage, and the power of love.
Miriam Lancewood was born in 1983 and grew up in the Netherlands. She was a competitive pole-vaulter and studied Physical Education before traveling in Africa and India. There she met her New Zealand husband, and together they traveled for many years through Asia and Papua New Guinea before arriving in New Zealand. They lived primitively in the remote wilderness of the Southern Alps, and Miriam wrote her first book Woman in the Wilderness about that time.