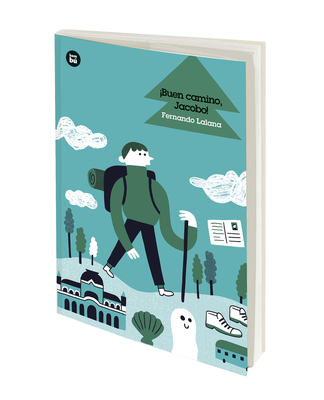 By Fernando Lalana
List Price: $9.95
Our Price: $8.96
(Save: $1.00 10%)
Often on our shelves, but if we're temporarily out, we can get back in!
When Aunt Victoria told Jacob that something strange was going on, she marked her destiny. And when he was diagnosed with "gonfletes" at the age of 6, his fate was confirmed. Thus, everything that the boy intended to do ends in a huge entanglement. Until one day, Jacob decides that he is not willing to sit back to see how life passes in front of him and makes the decision to do the Camino de Santiago, like so many other pilgrims he sees passing through Can Fran, his town. What he doesn't know is that the Camino has more than one surprise in store for him.
Fernando Lalana is a Spanish author of more than 100 books for children and young adults. He has earned numerous awards for his work, including the 2012 Premio Edebé and the 2010 Premio Cervantes Chico.