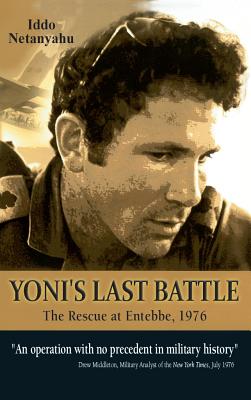 On July 4, 1976, more than a hundred hostages, held at gunpoint in Entebbe, Uganda, were freed in a spectacular rescue operation and flown to safety in Israel, over 2000 miles away. Their captors were Arab and German terrorists, aided by the Ugandan army; their liberators were members of Israel's elite commando unit, Sayeret Matkal, simply known as "the Unit." Lt.-Col. Yoni (Jonathan) Netanyahu, the Unit's commander, earned world-wide fame in the wake of the operation's stunning success. He was the only Israeli soldier killed in the Entebbe raid. As a brother of the rescue force's commander, and himself a member of the Unit, Iddo Netanyahu had ready access to the participants in the raid. He was able to obtain detailed accounts from the men of the Unit who, for the first time, described the planning and preparations for the mission and its near-perfect execution. What emerged from their accounts is a powerful and stirring story of how the daring undertaking was accomplished after only 48 hours of frantic preparations.