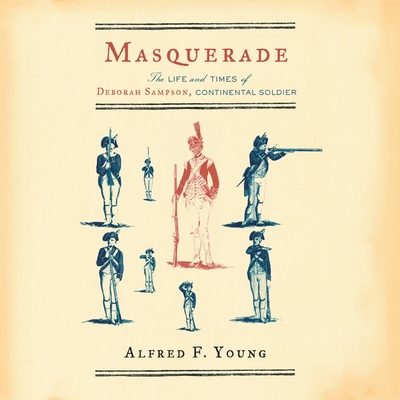 Serving for seventeen months during the period between the British surrender at Yorktown and the signing of the final treaty, a time when peace was far from secure, Deborah Sampson accomplished her deception by becoming an outstanding soldier. Alfred Young shows us why she did it and exactly how she carried it off. He meticulously reconstructs her early life as an indentured servant; her young adulthood as a weaver, teacher, and religious rebel; and her military career in the light infantry--consisting of dangerous patrols and small-party encounters, duty that demanded constant vigilance--followed by service as an orderly to a general at West Point.

Young also examines her postwar life as a wife--Mrs. Benjamin Gannett--and mother on a hardscrabble farm in southeastern Massachusetts, her collaboration with Herman Mann on the book that made her a celebrity and sent her on a pathbreaking yearlong lecture tour through New England and New York in 1802-03, and her relentless and partially successful quest for veterans' benefits. He looks, too, at how Americans have dealt with Sampson in public memory and have appropriated her for a number of causes over the past two hundred years.

Throughout we are aware of the historian as detective, as Young carefully sifts through layers of fact and fiction to reveal a fascinating, complex, and unusual woman who lived in an era that both opened opportunities to and imposed limitations on women.