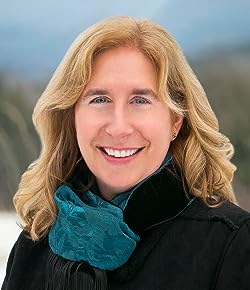 Tanya Lee Stone is best known for telling little-known or unknown stories of women and people of color. She writes MG/YA narrative nonfiction such as Girl Rising, Almost Astronauts, The Good, the Bad, and the Barbie, and Courage Has No Color, and nonfiction picture books such as Elizabeth Leads the Way, Sandy's Circus, Who Says Women Can't Be Doctors? and The House that Jane Built. Her work has been recognized by the NAACP Image Award, Robert F. Sibert Medal, Golden Kite Award, Bank Street Flora Straus Steiglitz Award, Jane Addams Honor, YALSA Nonfiction Finalist, Boston Globe-Horn Book Honor, NPR Best Books, and NCTE Orbis Pictus Honors. She is also the author of the YA verse novel, A Bad Boy Can Be Good for a Girl, which was a Top Ten Banned Book.

Stone grew up in a house of books. She studied English at Oberlin College (and Music at Oberlin Conservatory.). After graduation she moved to New York, and was  an editor of children's nonfiction for many years. During some of those years, she also earned a Masters Degree. But when she got her chance to write her first book, she was hooked. This award-winning author has written more than 100 books for young readers. Forthcoming titles include Pass Go and Collect $200: The Real Story of How Monopoly was Invented (Holt) and A Story of War, A Story of Peace (Candlewick).

Tanya has a Facebook page and you can find her on Twitter. She teaches writing at Champlain College.

Girl Rising: Changing the World One Girl at a Time (Paperback)

"With delicacy and great empathy, Stone . . . prod[s] young readers to think of what better sort of girlhood is possible." —THE WASHINGTON POST

Pass Go and Collect $200: The Real Story of How Monopoly Was Invented (Hardcover)

Boldness, imagination, and ruthless competition combine in Tanya Lee Stone and Steven Salerno's Pass Go and Collect $200, a riveting picture book history of Monopoly, one of the world's most famous games.

Who Says Women Can't Be Doctors?: The Story of Elizabeth Blackwell (Paperback)

A nonfiction picture book telling the inspiring story of Elizabeth Blackwell, the first female doctor, by the author of Elizabeth Leads the Way.

Who Says Women Can't Be Computer Programmers?: The Story of Ada Lovelace (Hardcover)

A picture book biography of Ada Lovelace, the woman recognized today as history’s first computer programmer—she imagined them 100 years before they existed!

The House That Jane Built: A Story About Jane Addams (Hardcover)

This is the story of Jane Addams, the first American woman to receive the Nobel Peace Prize, who transformed a poor neighborhood in Chicago by opening up her house as a community center.

Courage Has No Color, The True Story of the Triple Nickles: America's First Black Paratroopers (Paperback)